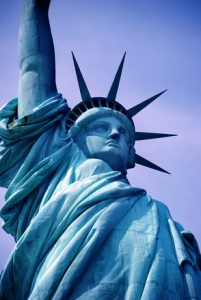 Second, many individuals who are able to apply for asylum, will be forced to leave before their cases are heard, or live in extreme poverty, because they will not be eligible for work authorization. As stated above, many asylum seekers do not have any money reserves they can use while awaiting work authorization. Under the current immigration process, it can take years for asylum cases to become finale. During the entire process, individuals who entered the country illegally, would not be able to legally support themselves.

Finally, the 180 day adjudication rule, will hinder the cases of those who will seek asylum in the future, as well as those currently waiting for their cases to be heard. For new cases, which would be subjected to the 180 day  rule, many individuals will have a hard time adequately preparing their cases. It can take weeks, and even months for individuals to obtain documentation from inside their home countries showing the persecution they have faced. Under the new rule, cases will be adjudicated before individuals are able to obtain the evidence that would allow them to win their cases. This will lead to many asylum cases being denied which otherwise would have been approved.

In terms of cases currently pending, the 180 day rule will cause these cases to face additional delays. There is currently a huge backlog of asylum cases both at USCIS and the immigration courts. It is not uncommon for a case to take several years because of the backlog. The 180 day rule, would move new asylum cases to the front of the line for adjudication. This will mean that cases which are currently pending, will have their court dates and USCIS interview dates further pushed back to accommodate newly filed cases.

Hartzman Law Firm, LLC, specializes in helping individuals navigate the U.S. asylum process. If you or someone you know would like more information on asylum, please contact us at (412) 495-9849, or through the following link.