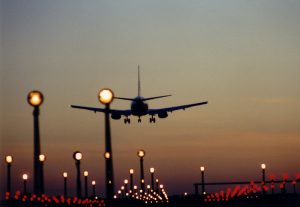 On January 27, 2017, President Trump signed an executive order, “Protecting the Nation from Foreign Terrorist Entry into the United States”.  On February 3, 2017, a federal court in the State of Washington, issued a temporary restraining order prohibiting the federal government from enforcing the executive order. The temporary restraining order was later upheld by the Ninth Circuit Court of Appeals on February 9, 2017.

On March 6, 2017, the President withdrew his previous executive order, and signed a new executive order (“The Order”). Unless a federal court issues a temporary restraining order against the O it is slated to go into effect on March 16, 2017.

The Order Bans Entry into the United States of Foreign Nationals from Six Predominantly Muslim Countries:

The travel ban will not apply to foreign nationals from the six affected countries who are: (1) U.S. lawful permanent residents; (2) dual nationals of one of the six countries who travel on a passport from a different country not covered by the ban; (3) individuals traveling on diplomatic visas (such as C-2 visas and G-4 visas); (4) individuals already granted asylum in the United States; (5) individuals who have been granted advance parole, withholding of removal, or protection under the Convention Against Torture; and (6) refugees who have already been admitted to the United States. In addition, consular officials have the power to issue visas on a case-by-case basis if they determine: (1) the foreign national has demonstrated they would face undue hardship if denied entry into the United States; (2) the entry into the United States will not pose a national security risk; and (3) allowing the foreign national into the country would be in the national interest.

Under the Order, the travel ban will remain in place until the Secretary of State, Secretary of DHS, and the Director of National Intelligence, determine what types of additional information is needed from each of the countries in order to carry out proper vetting of individuals seeking visas. Once a country begins to provide the requested information, the travel ban will be lifted for that particular country.

It is important to note, that the Order gives the Secretary of State, U.S. Attorney General, and Secretary of DHS, the power to at any time, recommend that additional counties be added to the travel ban. Therefore, all foreign nationals traveling to and from the United States, should be vigilant and continue to monitor the situation.

The Order also suspends the U.S. Refugee Admissions Program (“USRP”) for a period of 120 days.  During that time, no refugee applications will be reviewed or adjudicated. Even though USRP will be suspended, refugees who were already scheduled to travel to the United States will still be allowed to enter the country. During the 120 day suspension, the government will review the process by which refugee applications are adjudicated. At the end of the 120 day period, USRP will resume for foreign nationals from all countries except those countries where the review determines that additional information is needed to properly vet potential refugees.