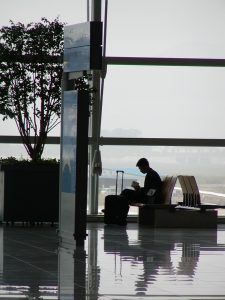 Most importantly, in issuing the temporary restraining order, Judge Watson found that the travel ban was discriminatory towards Muslims, and therefore violated the Establishment Clause of the First Amendment. In coming to this conclusion, Judge Watson held that because Muslims make up at least 90% of the population in the six countries,  the executive order will disproportionately affect Muslims. Further, he found that based on past statements made by President Trump while a candidate for President, as well as comments made by members of his administration, it was clear that the ban was enacted specifically to prevent Muslims from traveling to the United States.

While Judge Watson has temporarily banned portions of the executive order from going into effect, the fight over implementation of the executive order is far from over. Shortly after Judge Watson issued his order, the Department of Justice blasted his decision calling it “flawed in both reasoning and scope”. The Department of Justice vowed to continue to fight to uphold the legality of the executive order. In addition, while speaking to supporters in Nashville, Tennessee shortly after the temporary restraining order was issued, President Trump said that he would take the fight over the travel ban all the way to the U.S. Supreme Court.

Therefore, even though there is currently a restraining order in place, all foreign nationals from the six affected countries should use caution when trying to enter the United States, and should continue to monitor the situation carefully.